Date fruits are known around the world for their nutrition benefits and sweetness.

The improvement of existing cultivars to superior characters is not an easy task due to its long-life cycle, highly heterozygous nature, and the difficulty in determining the sex before flowering (five-seven years). Date palms produce a limited number of offshoots that are traditionally used for propagation. Offshoot propagation has inherent risks of survivability and spread of diseases | pests, while the seed germinated plants are undesirable because of variability of gender and variety. Hence, tissue culture raised date palm plant is the best option for widespread cultivation, as it gives true to type, gender specific, disease-free plants of required varieties and quantities throughout the year.

ARDP is engaged in the production of premium tissue culture raised date palm varieties to cater to the local and international demand; the varieties are as follows: 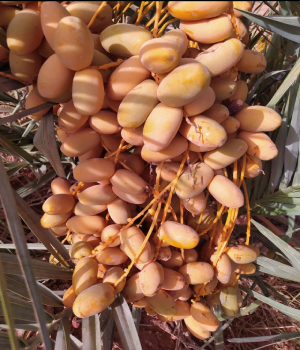 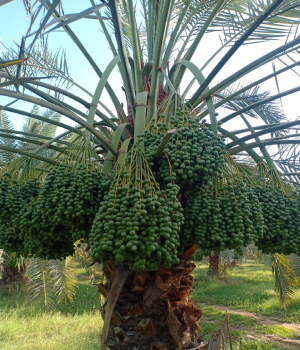 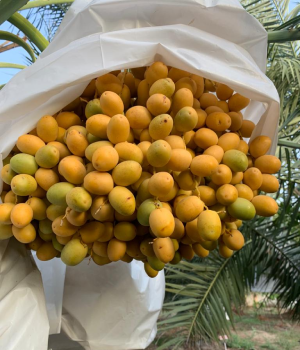 Barhee (ovoid and medium to small sized) originated from Iraq, is an important variety cultivated globally for its high quality fruits and economical returns to the farmers. It is consumed at Khalal, Rutab or Tamar stage(s); the flesh is delicious and tasty. Khalas (ovoid, elongated and medium sized) originated from the Gulf countries, is considered as one of the best commercial varieties of dates. The fruit has less fibre and excellent eating quality that can be consumed at all stages of maturity. 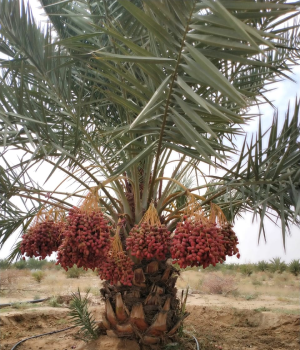 Khunezi (ovoid, elongated, dark red and medium sized) is one of the main varieties of dates grown in the UAE characterised by its ability to grow fast in areas of medium water table. Khalal and Rutab stage fruits are tasty and reach maturity at mid-season. 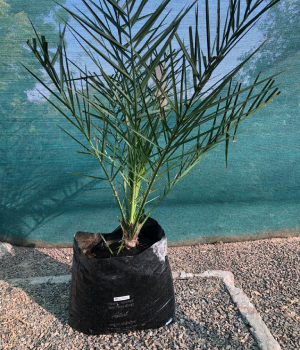 Medjool (ovoid, elongated, reddish brown and medium to large sized) originated from Morocco, is one of the important commercial varieties of dates grown in the world. The fruit contains less fibre, matures mid-season and is consumed at Tamar stage. 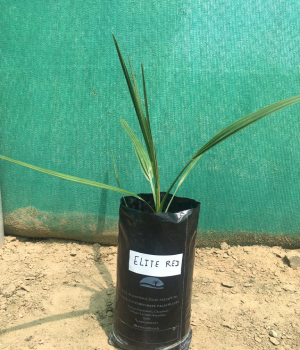 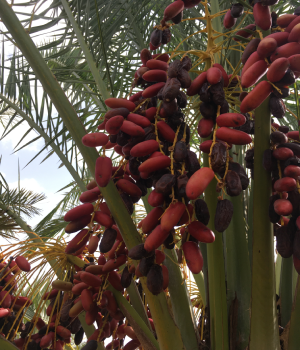 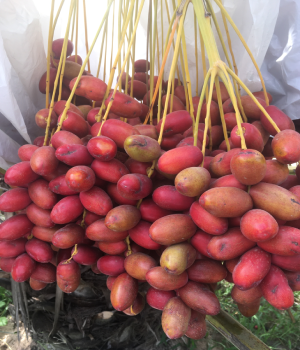 Elite Red (ovoid, elongated and medium sized) is cultivated in Western India. The fruits are dark red in colour that mature mid-season. They are of good quality, fleshy and consumed mostly at Khalal and Rutab stage. 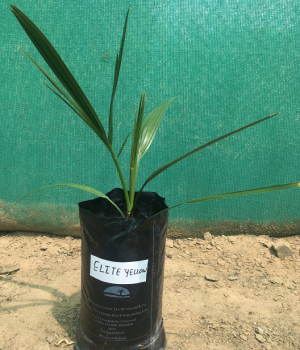 Elite Yellow (ovoid, elongated and medium sized) is mainly cultivated in Western India. The fruits are yellowish that mature mid-season and are consumed at Khalal and Rutab stage. They are sweet in taste with less fibre. 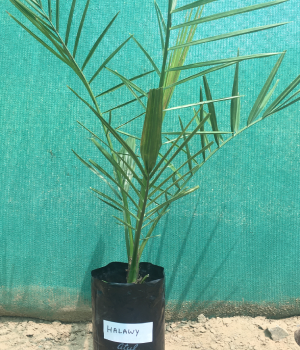 Halawi (ovoid, elongated, yellowish and medium to large sized) originated in Saudi Arabia. The fruits are of good quality that are consumed mostly at Rutab and Tamar stages and mature mid-season. Nabut Sultan (ovoid to global, golden brown, medium to large sized) originated in the central regions of Saudi Arabia. The fruits mature late in the season and are consumed at Tamar stage. Male date palm plants play an important role in the fertilisation process since pollen’s viability and pollination methods influence the quality, development and yield of fruits. The objective of male tissue culture process is to produce superior clonal genotypes, which means early flowering (flowering before female flowers), presence of more fertile pollens, and larger quantity of pollens in each male flower.